i once heard a story when this woman was listening to her music at the gym and everything was normal until she suddenly heard this awful, wailing sound through her headphones. it sounded like someone was dying painfully, and suddenly she started getting a migraine from the noise. she wondered what it could be, until she looked down and realised...

About five years ago I lived downtown in a major city in the US. I've always been a night person, so I would often find myself bored after my roommate, who was decidedly not a night person, went to sleep. To pass the time, I used to go for long walks and spend the time thinking. I spent four... 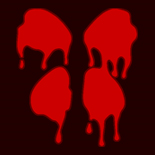 Steve and his girlfriend Samantha went off to college in August. She went to Florida State, he went to Penn. So, she decides to fly to PA to visit him. He was really happy to see her so he decided to give her some oral action.

He had done this numerous times before and he always enjoyed doing it...but for some reason, this time, she smelled really horrible, and she tasted even worse. He didn't want to offend her though because he hadn't seen her in months...so he put a Jolly Rancher in his mouth to cover it up, even though it didn't do much to help.

In the course of eating her out, he accidentally pushed the candy inside of her... and stuck a finger in to grab it out. He took it out, and put it back into his mouth and bit it. Only...it wasn't the Jolly Rancher.

It was a nodule of gonorrhea.

As in, the blister-like structure that gonorrhea makes filled with diseased pus was the size of a fucking Jolly Rancher and the poor guy BIT it. I guess it was really dark in the room. He freaked out and started vomiting all over the place when it exploded in his mouth...

He demanded to know what was going on, turns out she had cheated on him at a club like, the first week of college, and fucked some random guy and the stupid bitch had no clue what was wrong with her. She noticed a strange smell though.

So now, Steve is freaking out that he now has gonorrhea of the mouth and God knows what else.
Comment

the top's name was ridley and the bottom's name was vanessa i think not sure tho
Comment
Show hidden low quality content
You must log in or register to reply here.